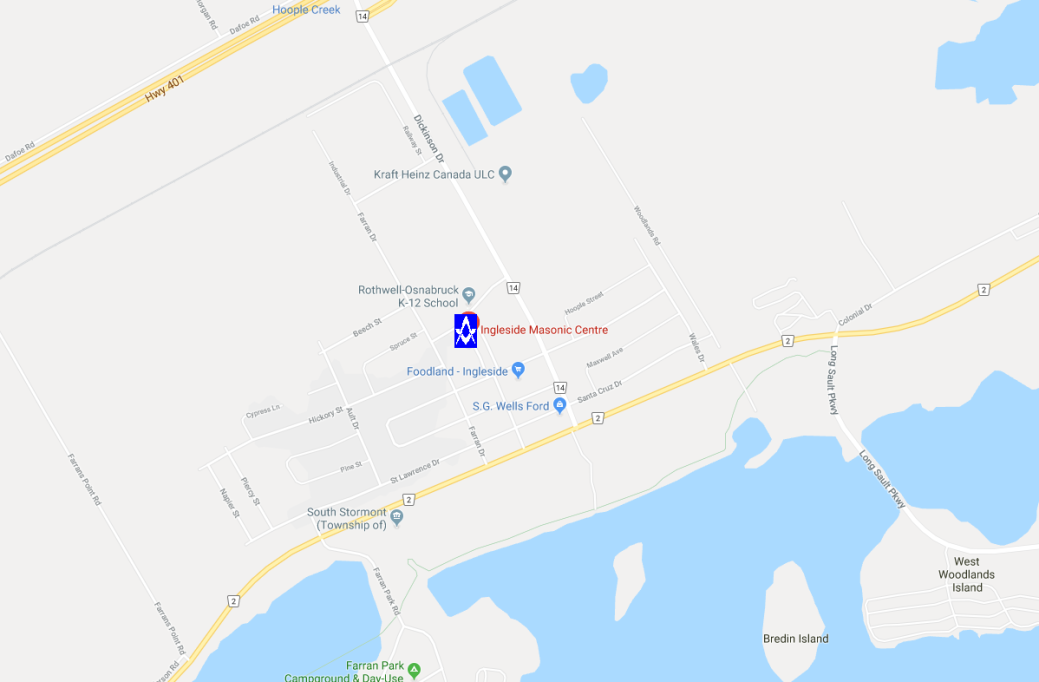 On December 10th, 1951 a group of Masons in Cornwall, led by Bro. G.A. Revell, Bro, A.E. Stanford and R.W. Bro. F.E. Eaton, and fifteen other Masons, met to discuss the establishing of a new Masonic Lodge that would meet in the Masonic Temple in Cornwall.

At a second meeting on December 18th, twenty Masons were in attendance and decided to adopt the name Corinthian from several names submitted. They also established the meeting night as the second Thursday of the month, determined the membership fees and operating budget. A slate of officers was elected as follows: Master – R.W. Bro. F.E. Eaton; Senior Warden – Bro. G.A. Revell; Junior Warden – Bro. A.E. Stanford; Secretary – Bro. Maurice Miller.

A petition signed by 39 Masons was presented for the formation of the new lodge on December 27th and dispensation was received from the Grand Master. Corinthian Lodge was Instituted on March 13th, 1952 by R.W. Bro. H.A. Stimson, D.D.G.M.

The Warrant for Corinthian Lodge No. 669 was approved by Grand Lodge in July 1952. A meeting was held October, 1952 to Constitute and Consecrate the new lodge and the Officers were installed on November 8th.

February 12th, 2004 was the last meeting to be held in the Cornwall Temple before the sale of the building. On March 11th, 2004 the Lodge was moved to Aultsville Fraternity Hall in Ingleside, where it continues to meet and practice the tenets and principles of Freemasonry.