The meeting are 8 times a year on the fourth Saturday at 10:00am. Please refer to the Calendar of events for actual dates 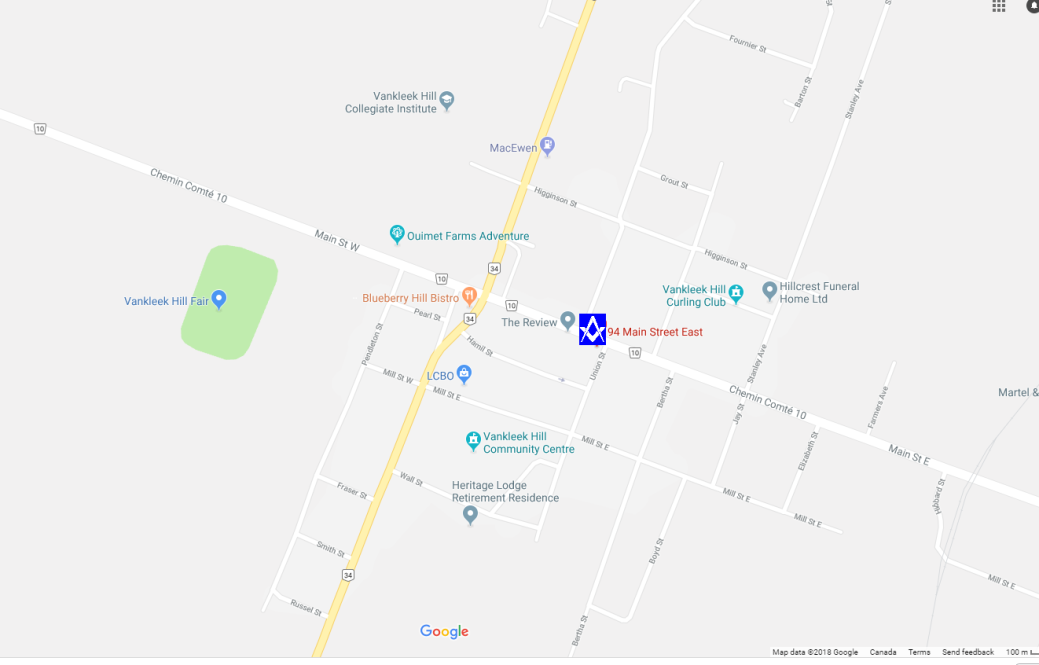 History of Hawkesbury Lodge No. 450

In 1902 an offer was received from the Catholic Order of Foresters to rent the lodge the second story of a hall they were building on Regent Street. This offer was accepted and the new lodge rooms were consecrated on January 9th, 1903. This agreeable arrangement continued beyond 1912. Records between 1913 and 1923 are lost. In 1923 the lodge was renting rooms above Lighthall’s Garage on McGill Street . June 17th , 1965 saw the last meeting held at this location and in September of 1965 Hawkesbury Lodge held their first meeting above the Bank of Nova Scotia in Vankleek Hill. This arrangement has continued till the present time.